The Prime Meridian or more frequently, the Greenwich Meridian Line, has been the standard measurement of time since 1884.

It runs from Pole to Pole and is famously celebrated at Greenwich in London. Lesser known, is that it passes through East Grinstead.

Its route from the Eastern side of the town, is marked by a series of terracotta marker stones and as it passes through the East Court Estate, a line of trees, an Iron Stone rock installation and a plaque. 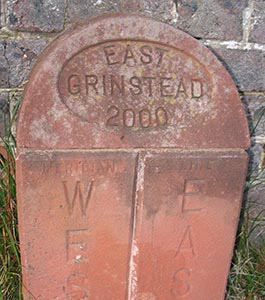 The large block of unworked ironstone, supplied by Moorhouse Sandpit in Westerham , was placed on the Meridian Line at East Court in 2000 to mark the turning of the new Millennium. The brainchild of the artist Liza Jane Stumbke, it has the Meridian Line marked along it. Passers- by are encouraged to touch the stone and wear it away so that over time it will be transformed. The stone weighed 11.5 tonnes when it was left.

There is also a plaque on the stone which says:

This stone is not only a monument to the Year 2000 but also a tribute to the town’s people, particularly our children and a reminder that they are our future. It is here to be enjoyed, touched and worn away by human contact. I hope that it will transform as a result of our existence.

A leaflet detailing the Meridian Line route and its markers as it passes through East Grinstead, can be downloaded here. 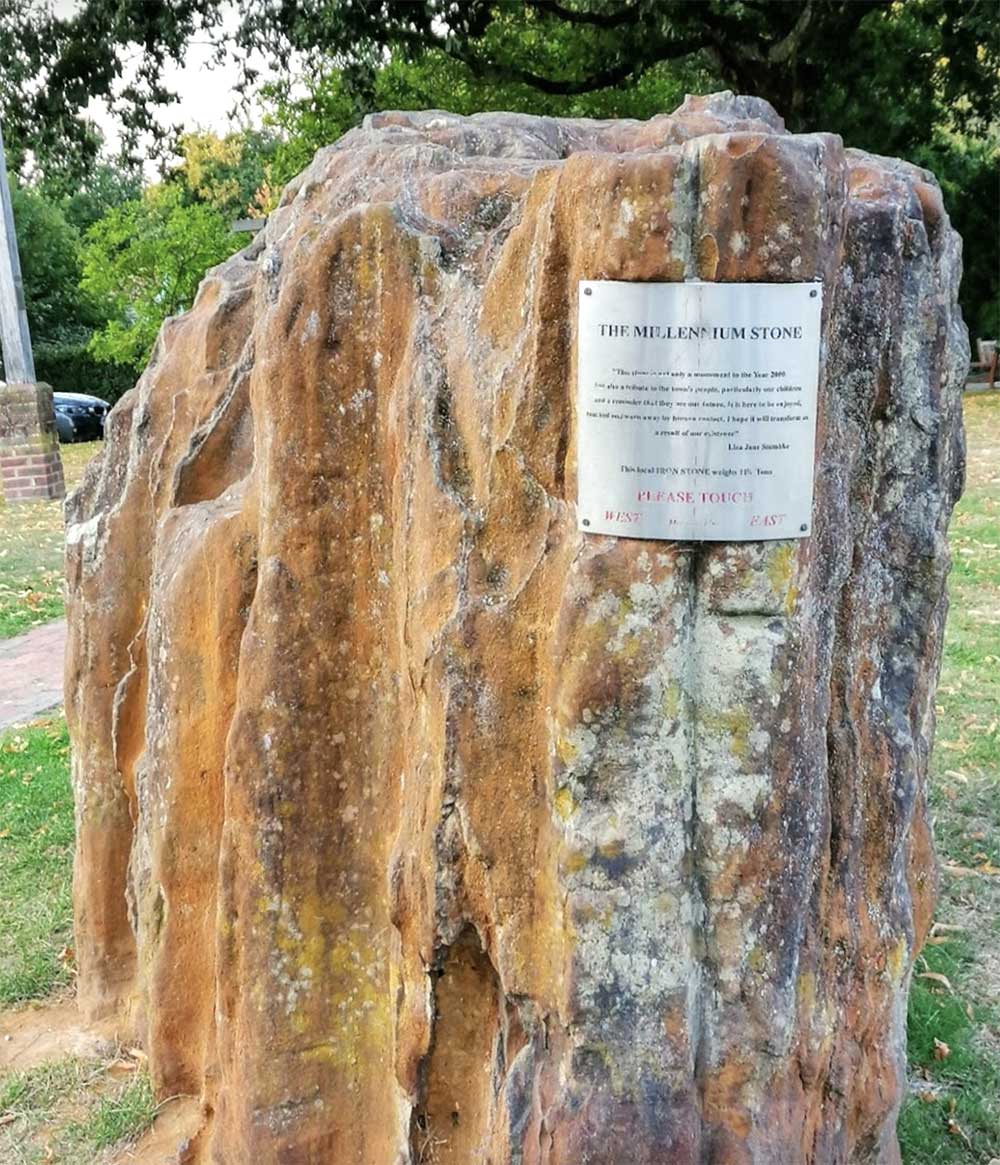