East Grinstead has honoured the work of Sir Archibald with the installation of a statue to him in front of Sackville College in the Historic High Street. The Statue created by the sculptor Martin Jennings was unveiled by The Princess Royal in 2014.

Sir Archibald McIndoe, a surgeon at the forefront of early plastic surgery, worked at the Queen Victoria Hospital in East Grinstead where he developed pioneering techniques to rebuild the terribly disfigured faces and hands of badly burned airman during WW2.

He realized that these men were damaged, not only physically, but psychologically too and he encouraged the nurses and residents of the town to socialize with the young airman and to welcome them into their homes during their recuperation. 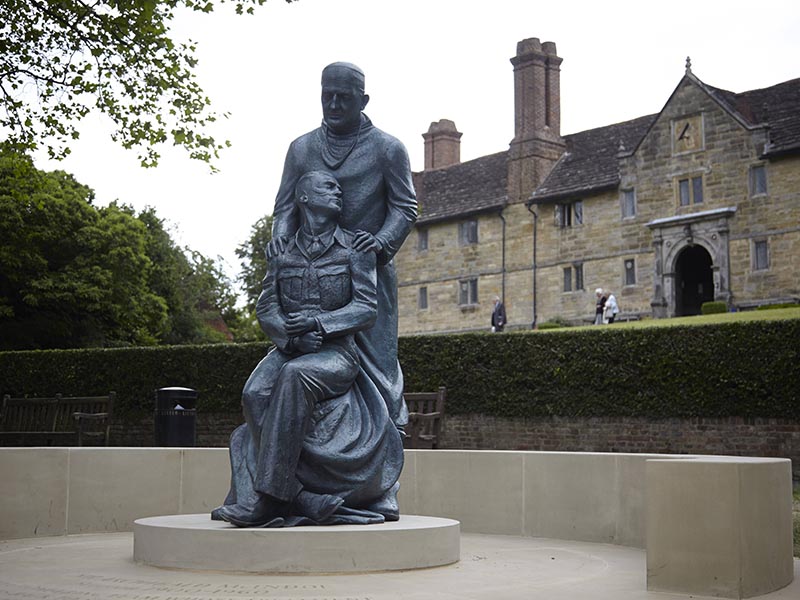 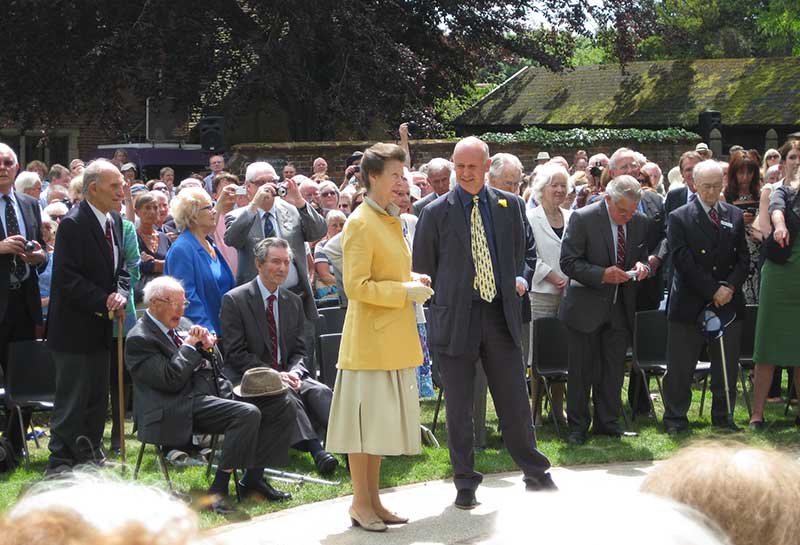 The townsfolk accepted these men as they went about their daily business and East Grinstead became known as ‘The Town that does not stare’.

McIndoe was a New Zealander and was knighted in 1947 for his inspirational work, he was called ‘The Boss’ or ‘The Maestro’ by his patients whom he referred to as ‘his boys’. The men themselves coined the name ‘The Guinea Pigs’ as they were the recipients of new and untested techniques.

Many of Techniques developed during the time are still used and the QVH continues to be a renowned centre of excellence for plastic and reconstructive surgery.

A permanent exhibition to the work of Sir Archibald McIndoe can be seen at East Grinstead Museum.